So if you’re brainstorming some ideas for your holiday party this season, add this Christmas game to your list! It’s definitely one that all your guests will enjoy, especially the adults.

[Disclaimer: Please note this post may contain affiliate links. This means I may receive a commission if clicked at no extra cost to you. Though the opinions remain my own.]

What You’ll Need for this Party Game

For starters, let’s get you setup with everything you will need for this candy cane game. But don’t worry, the list isn’t long at all and if you’ve taken a look at the other Christmas game ideas like the Skittles candy game, you’ll notice that many of the supplies overlap.

For this party game, you’ll only need the items below. Simply click on each if you want a closer look.

Yup, this is literally everything you need for this fun candy cane Christmas game. So now it’s time to learn how this is played so that you can have an awesome holiday party this year and all the years to come.

How to Play the Christmas Candy Cane Fishing Game

Let me just start by saying that whoever will not be playing the game, will have just as much fun watching the ones who do end up playing. That’s because it looks a tad bit ridiculous from the outside point of view but trust me, once your head is in the game, you’re all in.

So before we get into how to play, here is how you quickly set this game up. It literally takes like 2 minutes.

Setting Up This Christmas Game

To set up this game, you start by placing the white table somewhere with lots of space. If you will be playing multiple Christmas games, try to find a place where the table can stay all night.

If not possible, not worries because thankfully the white party tables are foldable and easy to set up within minutes.

You will then place one red plastic cup on each end of the table. Yes there will be four players but only two cups (we’ll get to that).

Lastly, it’s time to dump out all the candy canes into one nice pile. You literally just need to dump them out as we want them to stay semi tangled and disorganized on the table. So just dump them all into a pile in the middle of the table.

Related Post: How To Play the Oven Mitt Game

Haha I bet you’re anxious to know the rules to this candy cane game right?

So the objective of the candy cane game is to see which team can get the most candy canes into the cup before the timer goes off.

Is you’ve seen my other Christmas game posts, you’ll probably notice I say that each is the easiest one to play and that’s because they are all easy! That’s part of what makes them so fun to host (and play). Super easy but fun Christmas games that everyone can enjoy, even those that aren’t playing.

So here are the easy game rules to follow when playing this game:

– Before starting the game, each players must place their hands behind their backs as no hands are allowed when playing. Yup, everything has to be done with the candy cane hook

– Choose a timer length (we normally do one minute) and then let the candy cane race begin!

By the way, I guess now would also be the best time to mention that the red plastic cup will tip over. And it will be even more sad if it tips over with candy canes inside. Why?

Well because if the candy canes fall out, then you’re pretty much back to square one since you can’t use your hands to put them back in. The only exception to this I would say is if the cup completely falls off the table and was the opposite team’s fault (for being too aggressive haha, yes this happens).

But this isn’t the only thing to keep in mind.

Things To Keep in Mind When Playing

As you’re going through and playing this game, people will literally start bumping heads (remember what I said above LOL). So here are some things to consider whenever the game is going on.

– The candy cane in use might break. If this happens, allow the player to quickly grab one and replace their current one (or you could let them suffer a bit before letting them switch canes lol, up to you)

– Hands should remain behind their backs at all times. This includes whenever canes are falling to the ground and especially if the cup tips over. The only thing allowed to touch or grab the other candy canes is the candy cane hook from the mouth

– Try to have them avoid pushing or shaking the table though I’ll admit that these are a bit difficult to implement. I’m telling you, every time I’ve played this game with different groups of people, it gets wild! My brothers will even fight for the same candy cane LOL, but that’s a different story 😅

– As the canes piles reduces, the harder they get to grab. The players are allowed to use their canes to try to push the canes together to make them easier to hook (but don’t tell them this, let them figure it out on their own haha)

– Players on the same team can help each other by either passing the canes over or letting one be responsible for dropping them in the cup (which is a lot harder than it seems). They can strategize however they’d like as long as it does not involve hands

Once the timer beeps, the game is over and the team with the most candy canes in their cup wins!

Related Post: How To Play the Saran Wrap Ball Game

Yay! Have Fun With This Christmas Game Race!

So are you ready to have some fun and play this Christmas candy cane game? Or will you be on the sidelines rooting and laughing away as you watch the others bump heads? 🤣 Either way, you will have a blast and so will your guests.

So tell me, have you already played this game before? What are some other Christmas games you will be trying this year? Let me know your thoughts below as I would love to hear from you!

10 thoughts on “Christmas Candy Cane Game – Who Will Win the Race?” 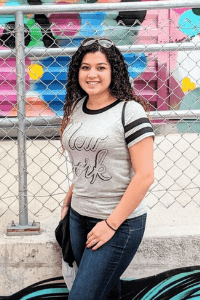 Hey there busy mama! My name is Lucy, a working mama of a handsome, athletic boy and a beautiful newborn baby girl who together, definitely keep me busy. I’m here to help make your life a bit less stressful and a lot more cheerful! ♥ 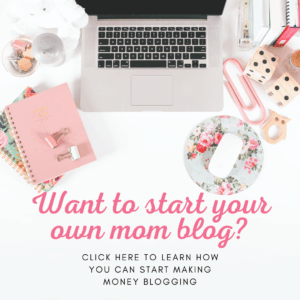